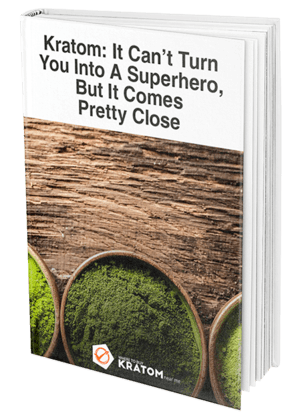 For a lot of people, Kratom has been somewhat of a godsend because of the incredible medicinal effects of the Kratom tree. You would assume that a naturally grown plant is a great thing and there wouldn’t be any concerns over kratom legality.

Unfortunately, there are some places where the herb has been made illegal, thanks to misinformation, lack of information, or negative propaganda by the government.

In this article, we are going to discuss where is kratom legal, where it’s been made illegal, and what you can do to keep kratom legal.

Where Is Kratom Legal

In these countries, if you are found to have the substance, you can go to jail. Why, if you’re caught in Burma, Malaysia or Thailand with this stuff, you could be sentenced to death! That’s some serious consequences for a plant! 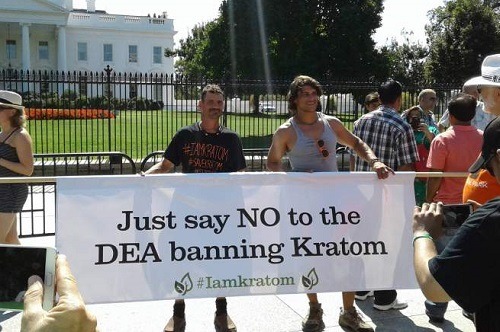 Other countries have imposed strict regulations on Krat﻿om, some even going so far as considering it a Schedule 1 drug that is on par with Heroin and the likes. These countries include:

There are some countries where kratom legality is still being questioned and there have been less strict regulations on the plant. These countries include:

Is Kratom Legal In The US

You may have noticed that the United States isn’t listed above, so you may be asking yourself is kratom legal in the country. For the most part, yes it is legal. There are a few states where it has been made illegal. 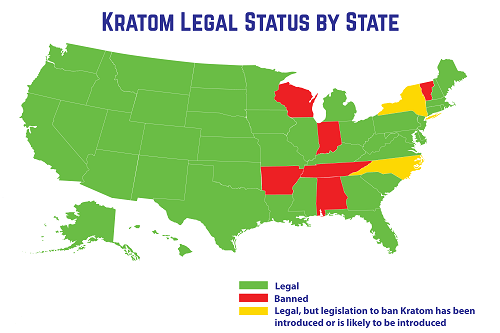 The regulations are different from each state, so in some states it has been made totally illegal, whereas some bills only detail what alkaloids from the plant are banned. If you’re looking to try Kratom for yourself, you’re going to want to make sure that you aren’t in these states:

There are a few states where the use of the substance has been regulated:

In New York, there has been legislation introduced that prohibits kratom being sold or distributed. There’s another legislation that suggests there be a 21 and up age restriction on the herb. 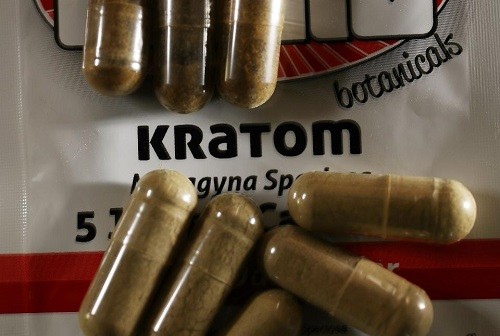 The leaves of the tree have a substance called 7-Hydroxymitragynine that can have an opioid effect.

Kratom Legality And The DEA

In August of 2016, the DEA (Drug Enforcement Agency) announced that they planned on making the substance illegal in September. They were looking at making the two compounds, mitragynine and 7-hydroxymitragynine illegal.

People who stand in support of the herb argue that the leaves aren’t going to make you “high,” but instead they give the user a non-addictive substance for their pain relief. Not only do they argue that it helps to relieve pain without the use of pharmaceuticals, but it can help people with psychological disorders and those who are going through an opiate withdrawal.

These advocates come from all walks of life—lawyers, veterans, health care providers, teachers, the young and old. People who have used kratom feel that by making the substance illegal can cause some people to become severely ill or even die.

If the DEA has their way, folks who rely on the plant could face penalties as severe as if they possessed a schedule 1 drug. The DEA’s website clarifies what a schedule 1 substance is: 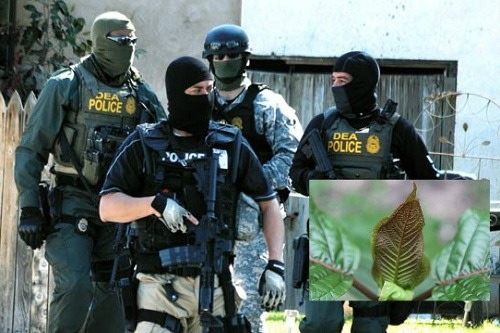 “Schedule I drugs, substances, or chemicals are defined as drugs with no currently accepted medical use and a high potential for abuse.” This directly contradicts the thousands who have reportedly found medical relief from kratom.

Examples of drugs fitting the Schedule I category include heroin, LSD, marijuana and ecstasy.”

How To Keep Kratom Legal

When the news came out that the DEA wanted to make the substance illegal, people have created petitions on the state level as well as on the federal level.

There have been an outpouring support to keep the substance legal and the whole battle of Kratom legality has gotten a lot of attention from the press in the past year, making more people aware of the substance, the importance of keeping it legal, and the benefits of the plant. You can read all of these articles at the American Kratom Association website.

While many of the petitions aren’t taking signatures anymore, you can still head over to Change.org and have your voice be heard. The petition will go be sent to the President. Keep your right to choose being able to treat your ailments with a natural supplement instead of the prescriptions the doctors try to shove down our throats. 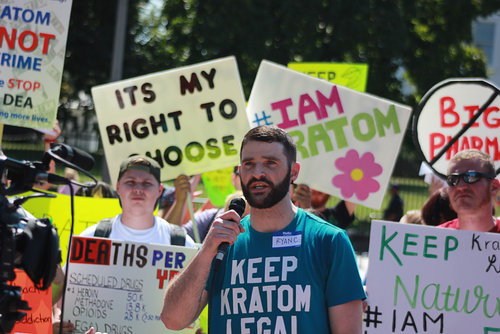 This is the time where you can make your voice heard and let the powers that be known that you believe in this plant and if people have been using it for centuries to treat ﻿﻿dysentery﻿﻿, pain relief, and so much more.

Keeping kratom legal in the United States is an important issue for many people. For the most part, 40 states see no issue with people using the plant for their ailments, while there are 6 states that feel the substance should be banned completely and 4 feel that there needs to be regulations in place for the substance.

If you want to use kratom, we highly recommend looking up your state laws so that you can do so safely, and legally!